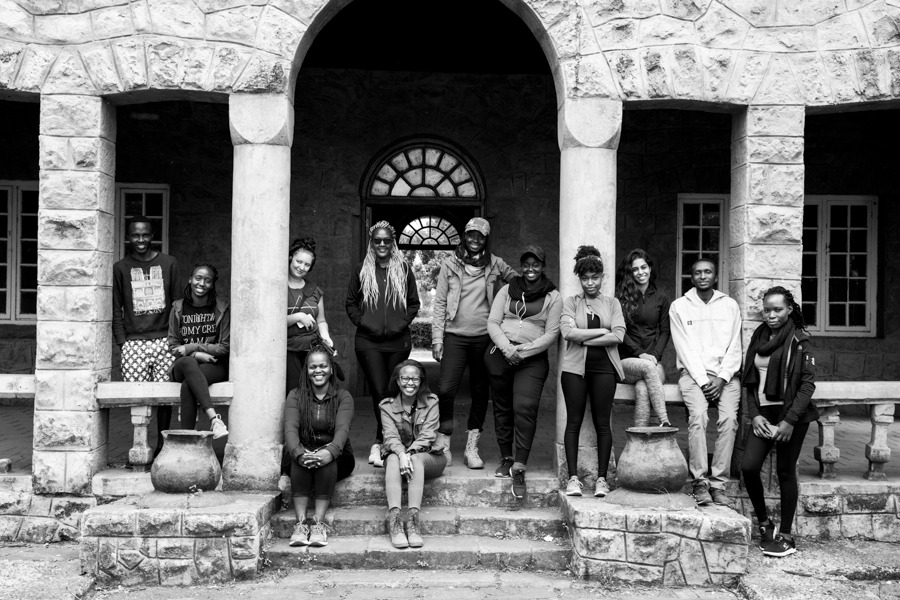 One afternoon in late 2012, Wachuka, my then client now business partner and I walked in the McMillan Memorial Library on Banda Street. We were looking for a venue for the launch of Kwani 07. The library was not in any shape to host the event that we envisioned so we moved on  to another location – we ended up using KICC – but the state of the library remained with us. Three years later, I went back to the library for a piece I was working on for Commonwealth Writers. Writing that piece triggered a ton of questions about our libraries and the value our city places on these priceless buildings.

Living in a city that allowed its libraries to deteriorate was not an option for me, and thankfully Wachuka was having none of that either. We went back to McMillan countless times, spent hours with Jacob Ananda (the chief librarian) and knocked on many doors at City Hall,  trying to figure out how to save this library and its two branches that we didn’t even know about until late 2016.

In 2017, Wachuka and I found three other library enthusiasts  and recruited them as trustees (best board ever!). We then registered a non profit Book Bunk Trust, and once we were fully legal, we went back to City Hall and sought out a partnership that would grant Book Bunk exclusive and unfettered access to the libraries in order for us to convert them into Palaces for the People:  modern, inclusive, functional centres of learning, community and art. The County government agreed, a motion was passed in parliament in Book Bunk’s favour and in March 2018 the agreement was signed! This was a HUGE milestone for us and for the Arts & Culture sector. We hit the ground running and we’re still at it. Book Bunk’s enthusiastic team of library lovers has grown from two, to five to thirty! This year (2019), we started to also work on  the commercial arm of Book Bunk Limited (BBL), which is focussed  on trans-media publishing and literary experiences. Bunk Books, our publishing imprint, will be publishing my novel throughout East Africa.

Watch the video below and then click the Book Bunk logo under it for more information about our work and how you can support it.